Find Out How I Got to Live at Doornkloof 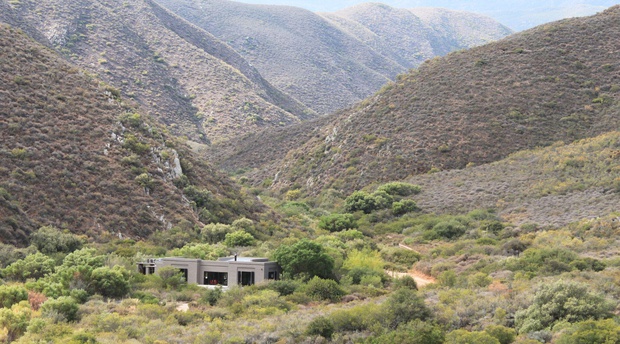 Guests often ask how one gets to live in a heavenly place like Doornkloof Private Nature Reserve. This is how I got here.

I say "thank you" every single day - sometimes more than once a day - for this place, and for the man I found here. Our love story is intertwined with our surroundings. But first, I was alone.

I grew up in the Eastern Cape, on a modest sheep farm near a tiny town called Molteno in the Stormberg mountains. You may know Molteno for its cold or for its famous rusks. I remember the tall, yellow grasses that swayed in the wind as I rode my horse through the veld. I also spent some time in the Great Karoo, from where my family originates. It was in De Aar that I met my husband and moved to Cape Town, where we lived first in Kommetjie and then in Woodstock, long before the latter would become fashionable. 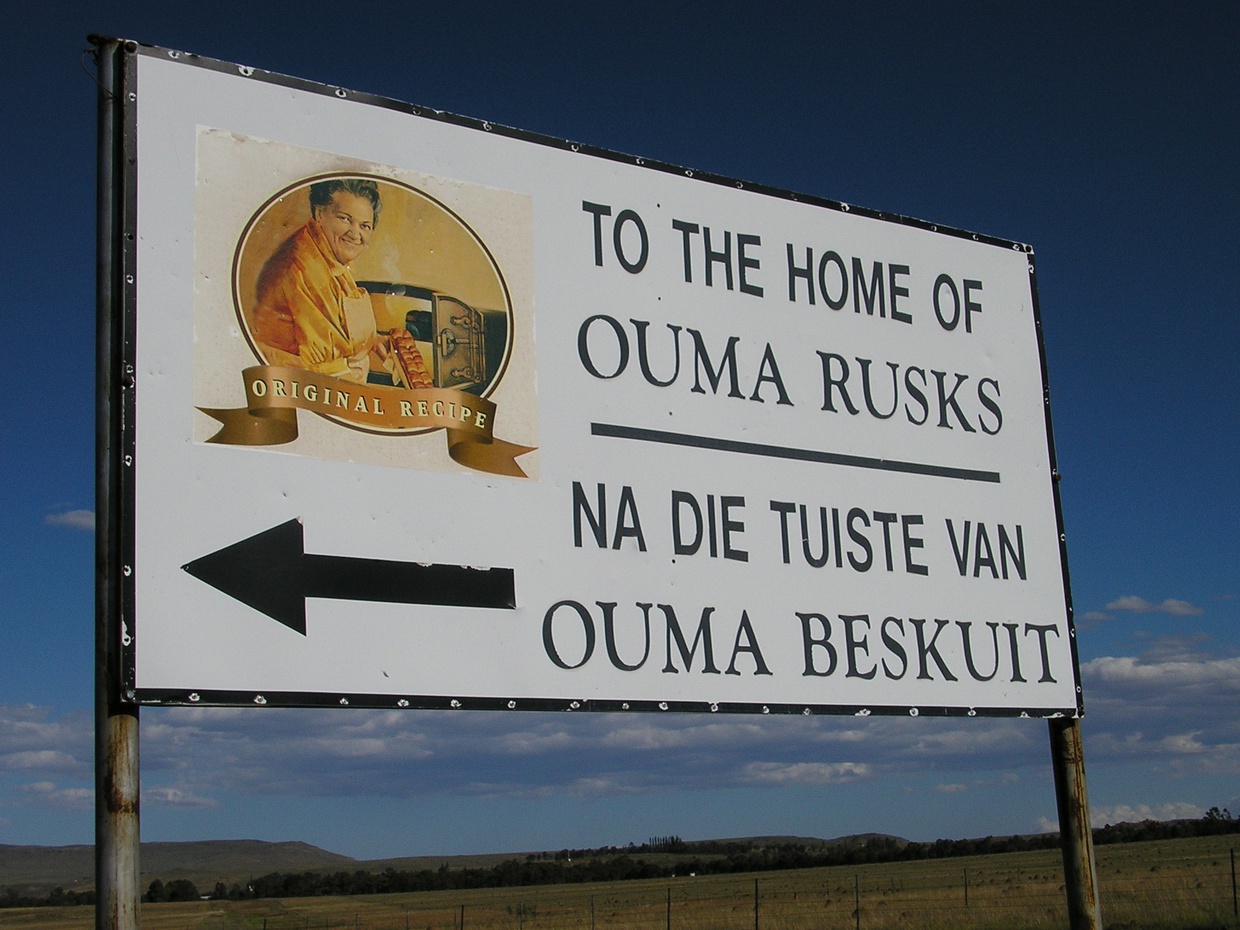 You may know Molteno for its cold or for its famous rusks.

The University of Cape Town was convieniently situated just around the Hospital Bend from our semi-detached "renovator's dream". I became a perpetual student while slowly turning the house into a home, all 273 square metres of it, postage-stamp garden included. I raised a stepson as best I could. But the city grew constrictive and the people and cars were too many. We escaped to the country every chance we got and discovered the village of McGregor in the Cape Winelands on one such weekend away. It didn't take us long to decide we wanted to live there. The nature of my husband's work allowed him to relocate anywhere as he spent weeks overseas followed by time off at home.

We looked at several  properties in McGregor and surrounds before I found "Eagle's Rock" - as Bush House was called at the time - during an Internet search. The "lifestyle farm" was advertised under McGregor and therefore formed part of our search area. The tall, yellow grass in the listing's images reminded me of my childhood home, but it was hard to fathom the place online, so we came to look. The moment I stepped out of the car in the driveway I knew I'd found My Place. My husband would later say that he knew even earlier, when we had left the main road and he opened the windows and smelled the renosterveld, that this was his piece of Africa. We started to call it "the bush house" to distinguish it from our regular home in Woodstock and the other potential properties in McGregor. 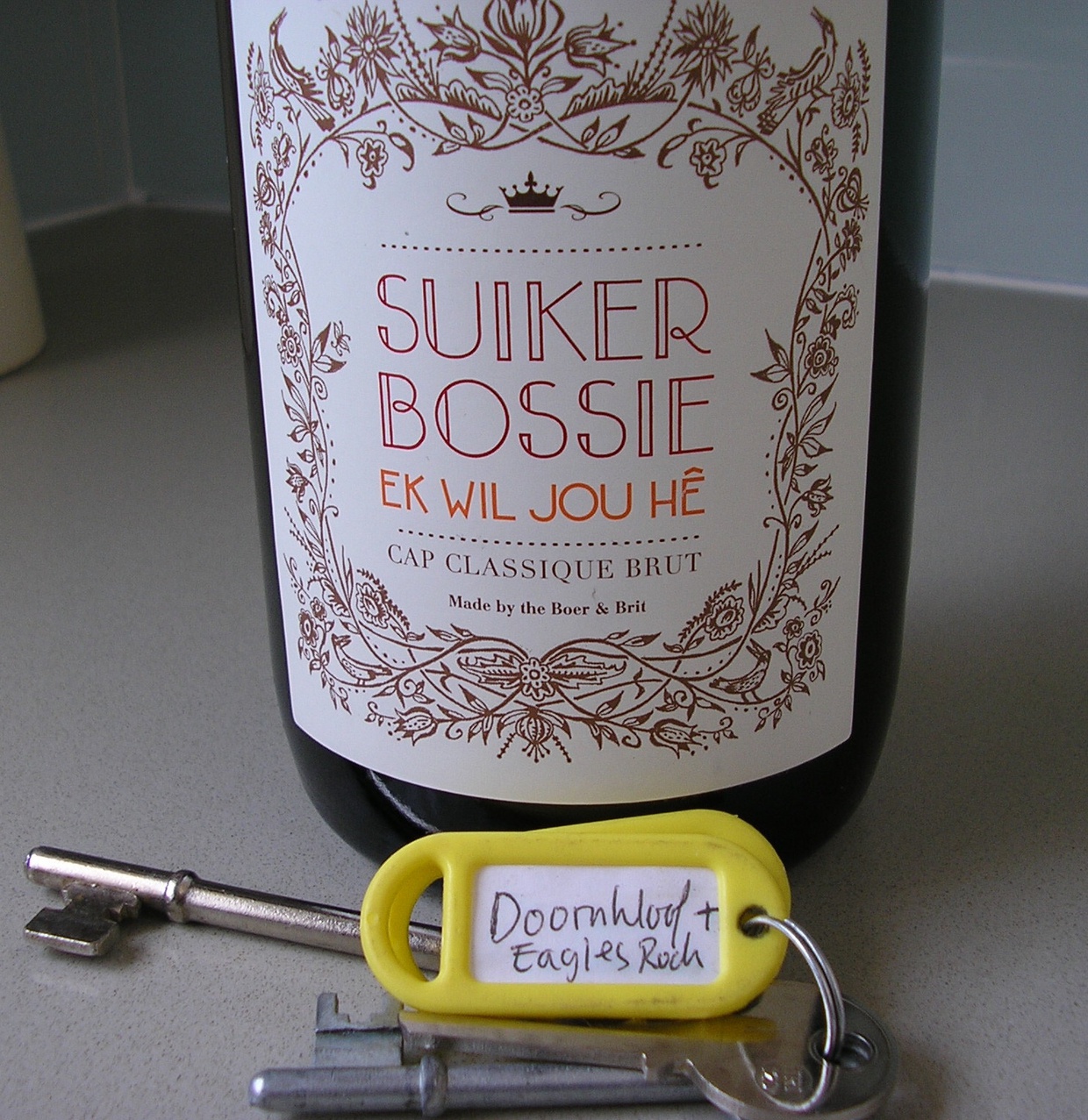 We bought the "lifestyle farm" while I worked on a proposal for another degree in Film Theory/Psychology. In the beginning I remained in the city and drove out to Robertson on the odd weekend in our ancient Landcruiser. The previous owner had not lived at Doornkloof for more than a year before the sale and the house harboured entire families of spiders, mice, and solifugae, plus the odd bat. Those were the wild days. I spent most of my time cleaning the house and evicting critters, studying them along the way. Driving back to the city on Sundays became the bane of my life. I looked forward to settling in the mountains; research could be done by means of an Internet connection and trips to Cape Town ad hoc. We started to furnish our lives for a future in the mountains. I would finish my research and finally write my book. My husband would start to put into conservation the money he had made from years of toil in the oil industry, a kind of ecological Robin Hood. 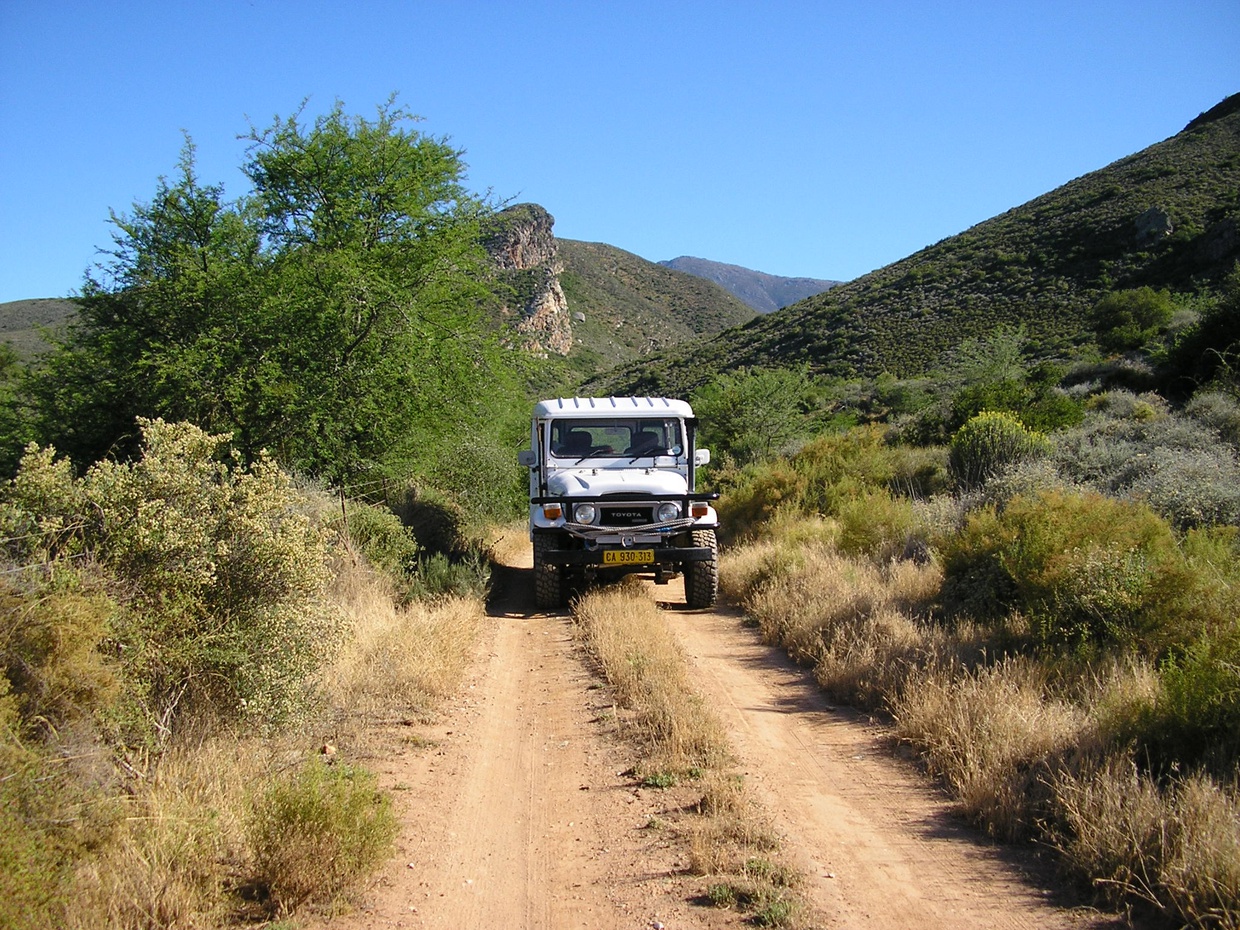 In the beginning I remained in the city and drove out to Robertson on the odd weekend in our ancient Landcruiser. 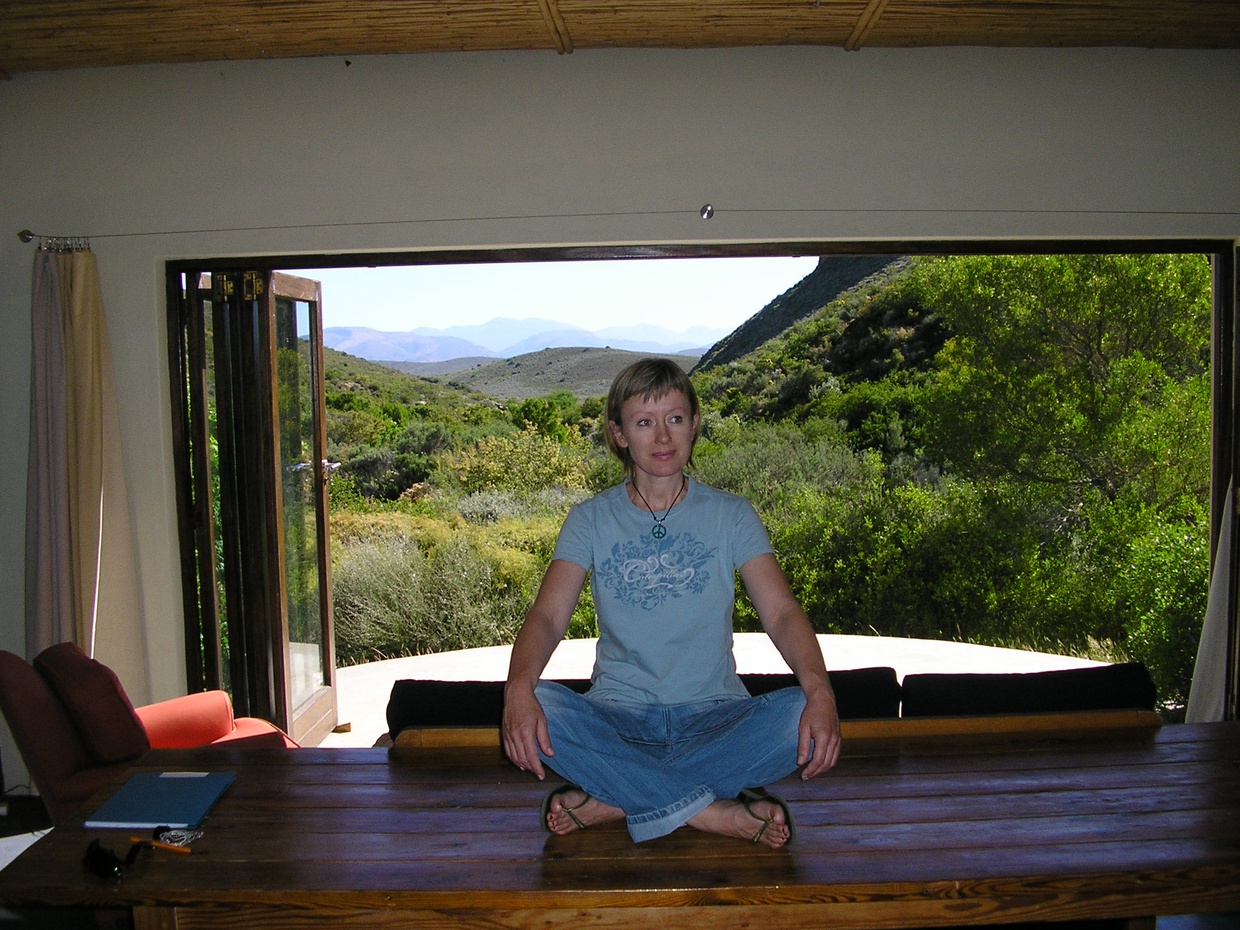 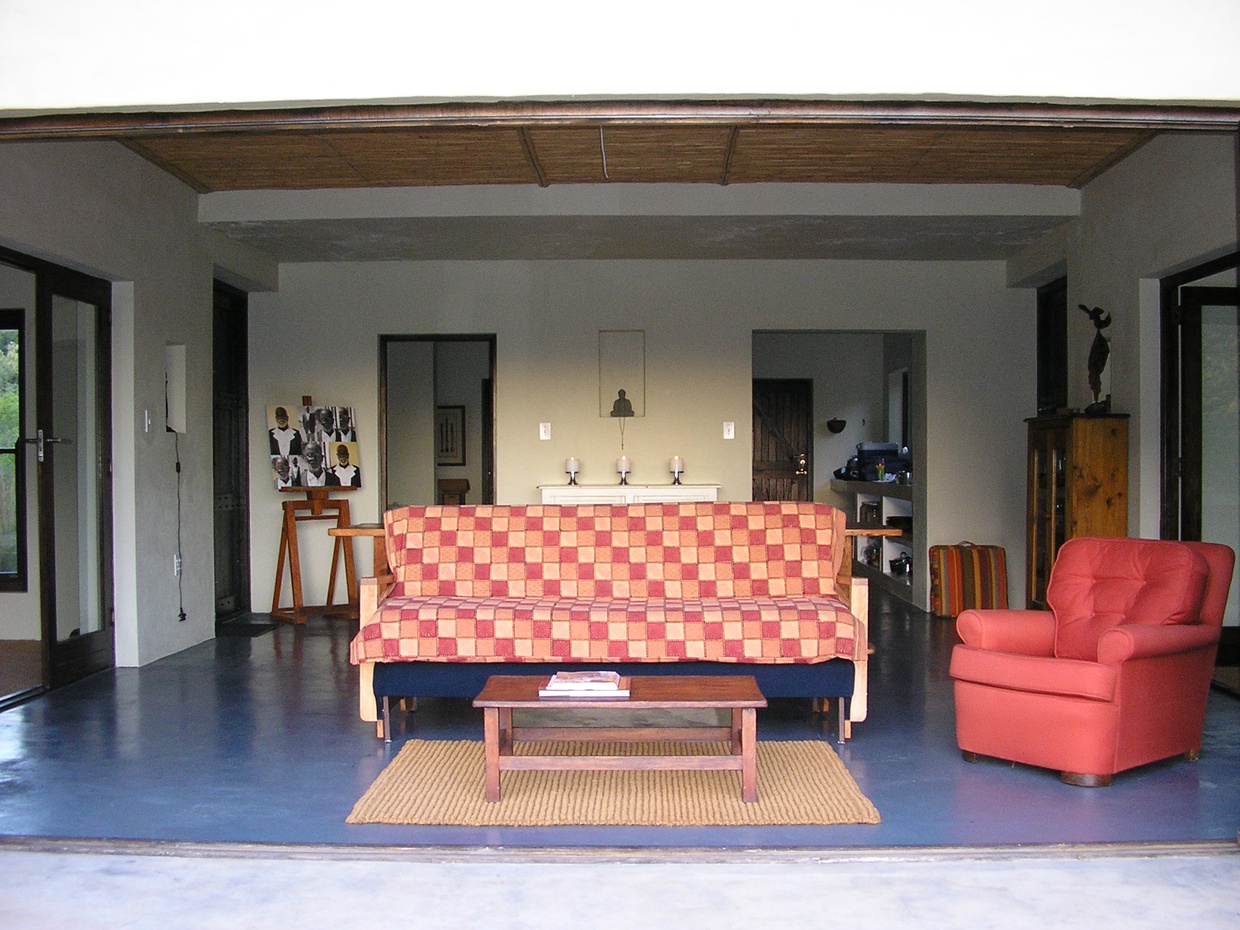 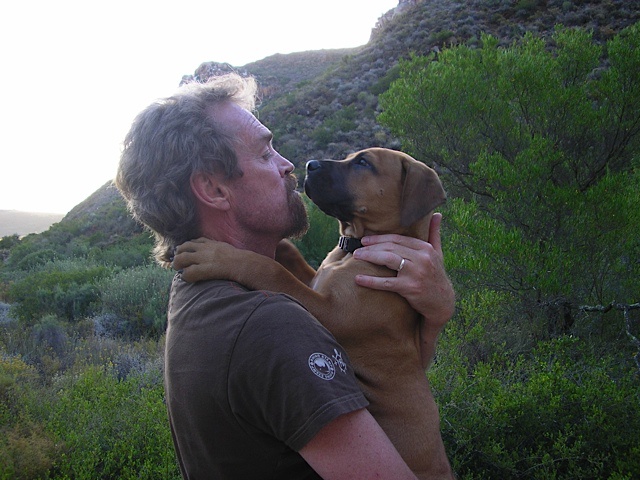 Our first family holiday at the bush house came in September 2013. It was also when that carefully furnished future fell apart. Our marriage came to an abrupt end after more than two decades and, just like that, my family was gone. It was a heinous shock. I also knew it was irrevocable, so I got into my car and started back to Woodstock. Driving down the bumpy track towards the farm gate I thought, why should I be the one leaving? We had broken up once, years before, and I had left our treasured Woodstock home to husband and (then schoolgoing) stepson while I moved into a flat for a while. I decided that, this time, I would be the one staying. I turned around at the gate and came back, spending the first night of many alone at the bush house.

I have never regretted that decision.

I moved into Bush House on my own on Christmas Eve 2013. I'd had dinner with family in Worcester and left around midnight. As I stopped at the bottom gate to enter my new permanent home a very large Cape eagle-owl sat motionlessly on the gate pole and held me in its bronze gaze before rising noiselessly into the night. This was the start of many such encounters with birds and wildlife that would uplift me in moments of exquisite loneliness over the next three years.

The house and its surroundings healed me. If you stay here and you are open to it, Doornkloof has a healing energy that is difficult to deny. There were days of crushing desolation when I couldn't make it past a large, flat rock a few metres from the house. I would slump down onto my "gebedsklip" and lift up my eyes to the mountains, but there was no help. God certainly did not care about the hair on my head, which were falling out from stress.

But then a little field mouse would scutter across the road, unaware of my presence, absorbed in its own quotidian quest for survival, and I would feel less alone. In the absence of human company my existence became intertwined with the other creatures in the kloof. The neighbours' house at the bottom of the reserve had not been built yet and the neighbours at the top lived elsewhere and visited only on infrequent holidays. The farm nextdoor was uninhabited. I once calculated that I was the only human on about 3000 hectares. Only, I was no longer alone. Besides my two cats and the wildlife, I adopted a puppy. Elsa, the Half-a-Pointer, came to live with me halfway through 2014. 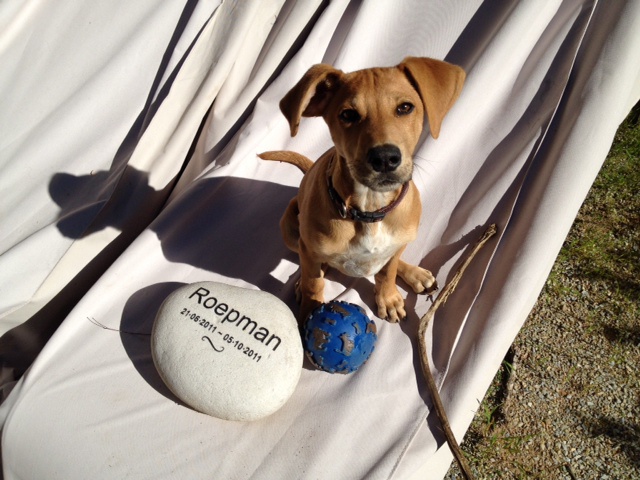 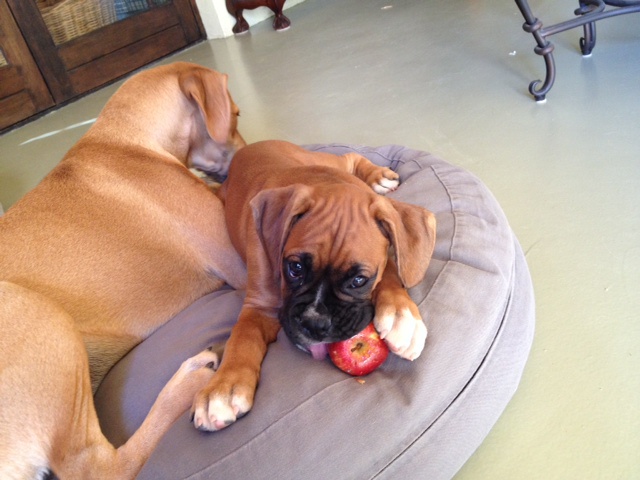 And then I met Buurman. Or rather, the neighbour I'd failed to regard as an attractive male member of the species owing to his marital status, well, he saw me differently as his marital status changed. And I found the love of my life had been living nextdoor all along. It did not happen quickly. I stayed by myself for another two years while he learned to function on his own after thirty years of marriage. We took time to get to know each other. He is the best thing that has ever happened to me, and it is reciprocal. My research rots merrily in several cardboard boxes in the cellar of the original old farmhouse at Doornkloof we now share - and I don't care. I live in love every day. I cook, I craft, I write, I walk, I watch films and I read widely. 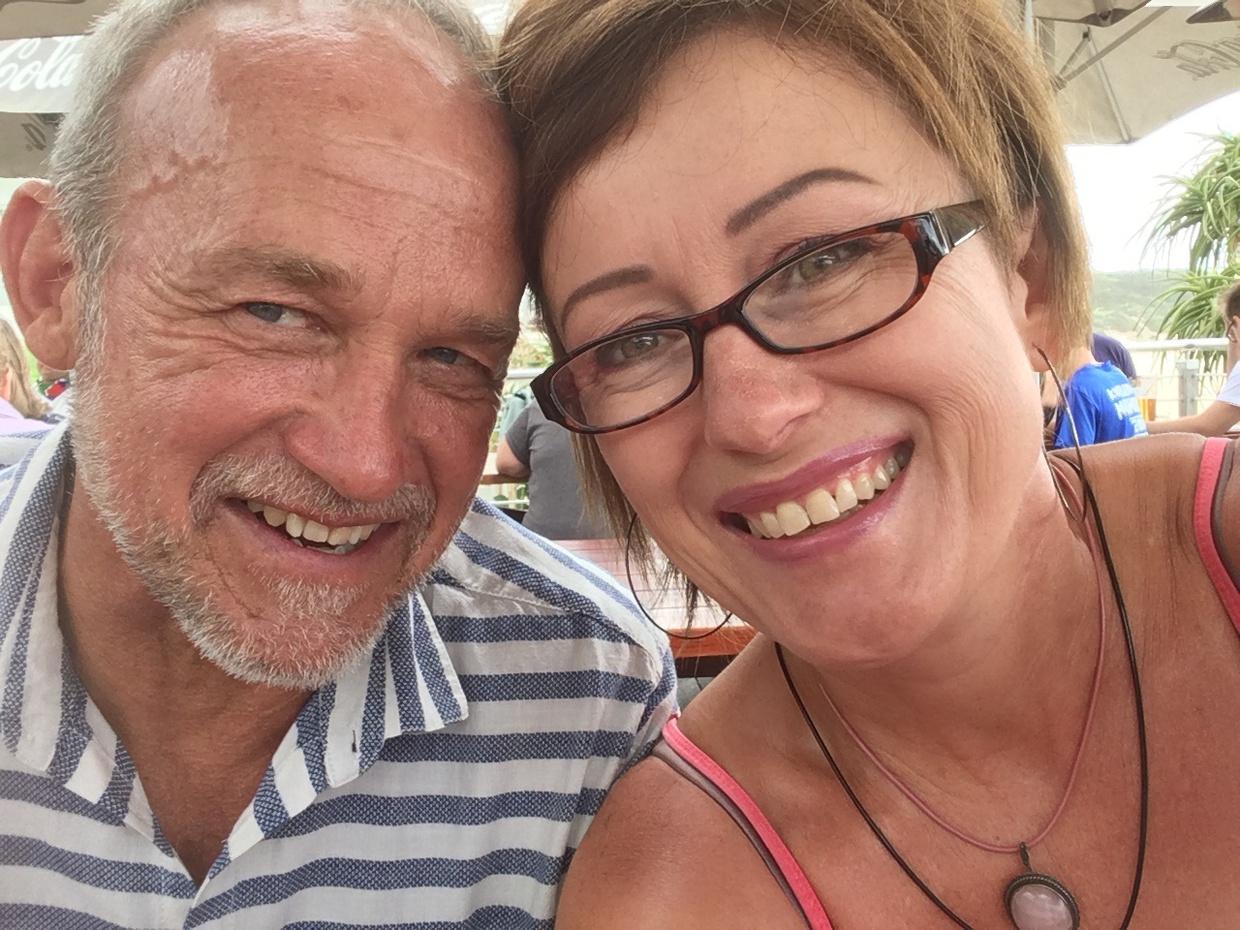 I feared I would resent letting other people into the Bush House, because of its intimate personal significance. The opposite occurred: I thrive on experiencing vicariously others' discovery and enjoyment of this very special place and its unique qualities. The personal preparation for each new guest is a creative outlet for me and I can finally capitalise on the authentic Karoo hospitality I learned from my mother to make guests feel welcome at Doornkloof.

I discovered early on that this so-called lifestyle farm was, in fact, a last refuge for leopard and other wildlife and that conservation is hard work, which can also be disheartening at times, but the rewards are incomparable to any other occupation. Living off the grid is nowhere near as romantic as it sounded when I stayed in the city, and the conservative platteland can be unkind if you're a liberal progressive neo-pagan thinker who refuses to subscribe to the parochial hegemony. Then again, I wouldn't be anywhere else. 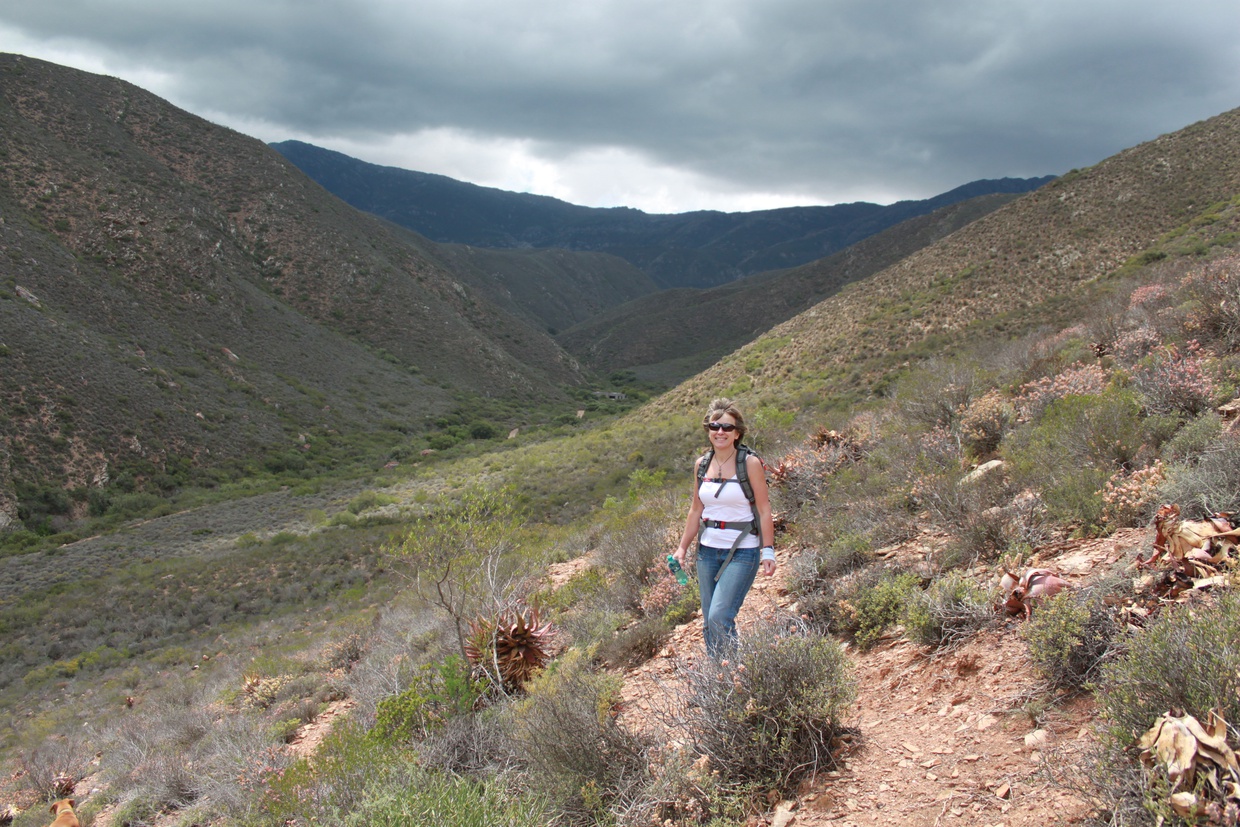